Insomnia is the most common sleep complaint. 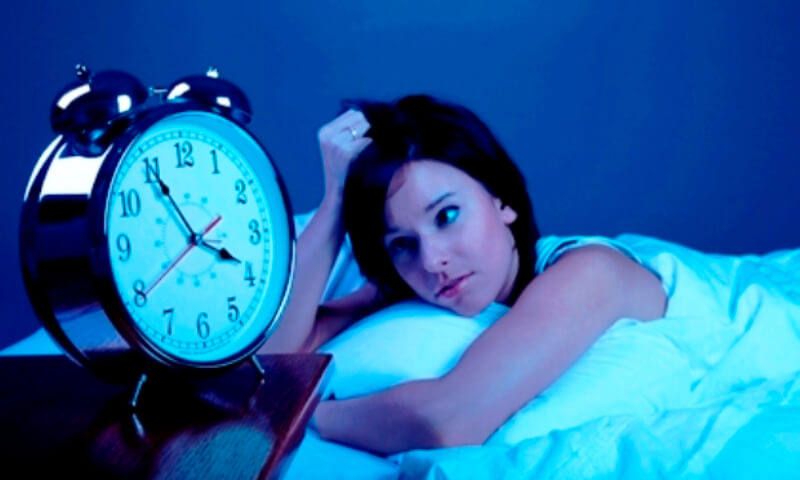 Insomnia is the most common sleep complaint. It is a perception that sleep quality is inadequate or non-restorative, despite the adequate opportunity to sleep. That insomnia is a symptom, not a disease, is important to note; it is associated with a variety of medical, psychiatric, and sleep disorders. A comprehensive history and physical examination are essential to determine the etiology of the insomnia.

The complaint of insomnia encompasses many sleep problems. These include difficulty falling asleep, sleeping too lightly, being easily disrupted with multiple spontaneous awakenings, or early morning awakenings with inability to fall back asleep. The timing of insomnia is important in determining its etiology. Therefore, having each patient define what he or she means by insomnia is essential.

To be considered a disorder, the complaint of insomnia should be accompanied by distress and/or impairment in daytime functioning.
On the basis of duration, insomnia is commonly divided into the following 3 types:
Transient insomnia lasts up to 1 week and often is referred to as adjustment sleep disorder because it most often is caused by an acute situational stress, such as a new job, upcoming deadline, or exam. It often recurs with new or similar stresses.
• Short-term insomnia lasts for 1-6 months and is usually associated with more persistent stressful situational (death or illness of a loved one) or environmental (noise) factors.
• Chronic insomnia is any insomnia lasting more than 6 months and is associated with a wide variety of disorders.
• Insomnia usually results from an interaction of biological, physical, psychological, and environmental factors.
Although transient insomnia can occur in any person, chronic insomnia appears to develop only in a subset of patients who may have predisposing factors. Evidence for this theory includes the following:
• When compared to control subjects, individual with insomnia (1) have higher rates of depression and anxiety, (2) score higher on scales of arousal, (3) have longer daytime sleep latency, (4) have an increased 24-hour metabolic rate, (5) have more night-to-night variability in their sleep, and (6) may have more beta EEG activity (an EEG pattern seen during memory processing/performing tasks) at sleep onset.
• In experimental models of insomnia, control subjects deprived of sleep do not demonstrate the same abnormalities in metabolism, daytime sleepiness, and personality as persons with insomnia.
• In an experimental model of giving control subjects caffeine, causing a state of hyperarousal, the control subjects did have changes in metabolism, daytime sleepiness, and personality similar to those seen in individuals with insomnia.

Therefore, chronic insomnia is believed to primarily occur in patients with predisposing factors. These factors may cause the occasional night of poor sleep, but in general, the patient sleeps well until the occurrence of a precipitating event, such as death or other life stress. Then, acute insomnia develops. If poor sleep habits or other perpetuating factors occur, chronic insomnia develops despite the removal of the precipitating factor.
As stated previously, insomnia is a symptom; an accurate differential diagnosis is essential for the proper management of this complaint in any given patient.
Transient and short-term insomnia: Etiologies can be divided into 2 broad categories, as follows:
• Environmental – Unfamiliar or unconducive sleep environment due to factors such as too much noise or light, extremes of temperature, or poor bed.
• Stress – Primarily life events such as new job or school, deadlines or exams, or death of a relative or close friend.
Chronic insomnia: Differential diagnosis is broader and includes the following categories:
• Medical disorders – Include chronic pain syndromes from any cause (eg, arthritis, cancer), advanced COPD, chronic renal disease (especially if on hemodialysis), chronic fatigue syndrome, and fibromyalgia
• Neurologic disorders – Include Parkinson disease and other movement disorders, as well as headache syndromes, particularly cluster headaches, which frequently are triggered by sleep.
• Psychiatric disorders – Most chronic psychiatric disorders:
• Depression most commonly is associated with early morning awakenings and inability to fall back asleep; studies also have shown that insomnia can lead to depression. (The presence of insomnia for longer than 1 year is associated with an increased risk of depression.)
• Schizophrenia and the manic phase of bipolar illness frequently are associated with sleep-onset insomnia.
• Anxiety disorders (including nocturnal panic disorder and posttraumatic stress disorder) are associated with both sleep-onset and sleep-maintenance complaints.
• Drug-related insomnia: Sleep disruption is common with excessive use of stimulants, alcohol, or sedative-hypnotics.
Primary sleep disorders:
• Restless leg syndrome (RLS)/periodic limb movement disorder (PLMD) is a sleep disorder characterized by unpleasant physical sensations in the legs, often described as a motor restlessness; relief of symptoms through movement, with worsening in a recumbent position; and occurrence only in the evening, primarily at bedtime. It is frequently relieved by movement (in the case of RLS) and is usually (but not necessarily) associated with frequent and rhythmic leg kicking once asleep (in the case of PLMD). If RLS is predominant, sleep-onset insomnia is the rule; if PLMD is predominant, sleep-maintenance insomnia or daytime hypersomnolence is more likely.
• In obstructive sleep apnea, a minority of patients complain of insomnia rather than hypersomnolence. They frequently complain of multiple awakenings or sleep-maintenance difficulties.
• Circadian rhythm disorders, such as sleep phase advance (patient goes to bed early and rises early) and sleep phase delay (patient goes to bed late and rises late) syndromes can present as insomnia when the patient wants to either stay in bed later or go to bed earlier but cannot and then believes he or she has a problem sleeping. Shift workers also frequently have problems with insomnia, particularly when they want to sleep during the day.

Primary insomnia: If all the disorders already discussed have been ruled out, the patient has primary insomnia. Most primary insomnia is psychophysiologic insomnia; rarely, primary insomnia is caused by idiopathic insomnia (long-standing insomnia beginning in childhood without antecedent psychiatric or medical trauma) or sleep state misperception (insomnia with objective evidence of a sleep disorder).
• Psychophysiologic insomnia is a disorder of somatized tension and learned sleep-preventing associations resulting in a complaint of insomnia and daytime fatigue.
• Psychophysiologic insomnia begins with a prolonged period of stress in a person with previously adequate sleep. The patient responds to stress with somatized tension and agitation, causing physiologic arousal. The bedroom and/or sleep routine becomes associated with frustration and arousal; poor sleep hygiene follows.
• In a normal sleeper, as the initial stress abates, the bad sleep habits are extinguished gradually, as they are not reinforced. However, in a sleeper with a tendency toward occasional poor sleep nights, bad habits are reinforced, the individual “learns” to worry about his or her sleep, and chronic insomnia follows.
• History in these patients frequently reveals excessive daily worries about not being able to fall asleep, evidence of trying too hard to sleep with apprehension if unable to fall asleep, an ability to fall asleep during monotonous pursuits (such as watching TV or reading) and in inappropriate situations (at a lecture or while driving) but not when desired, improvement of sleep in unusual sleep environments, and increased agitation and muscle tension prior to bed. 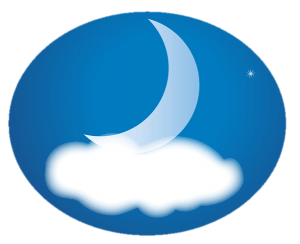